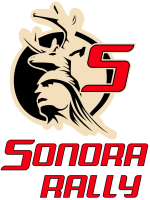 The History of Sonora

Sonora, the second largest state in Mexico, is sparsely populated. Mountainous and arid, the region is sunny almost year–round and has little rainfall. Nearly all of Mexico’s copper is produced here. Culturally, Sonora offers a unique blend. Ancient societies–such as the Yaquis, Mayos and Cucapas–remain active in the state. Bordered by Arizona and New Mexico, Sonora is also influenced by American trends and fashions.

Early History
Although architectural evidence suggests that Sonora had permanent settlements as far back as 1500 B.C., the largest known indigenous groups were the Yaquis and the Mayos, who flourished around 1300 A.D. and established agriculture communities. Both groups were territorial and aggressively defended their communities against nomadic tribes that wandered throughout the region. The Yaquis inhabited the eastern part of Sonora near Mar de Cortés, and the Mayos lived primarily in the southern part of the state and established an important cultural center in what is now the city of Guaymas.

Middle History
In 1531, Spanish conquistador Nuño Beltrán de Guzmán founded the city of San Miguel de Culiacán in the region that would eventually become Sinaloa and Sonora. Using the city as a central base, the Spanish launched excursions throughout the area to locate mineral deposits and establish new colonies.

Conquistador Diego Guzmán entered what is now Sonora in 1533. Encountering resistance from combined Yaqui and Mayo forces, he quickly abandoned the region. In 1536, Spanish explorer Álvar Núñez Cabeza de Vaca and three companions passed through the region on foot in search of new wealth for Spain.

In 1599, Captain Diego de Hurdaide established San Felipe y Santiago on the site of the modern city of Sinaloa and launched a military campaign that subjugated many indigenous tribes, including the Sinaloas, Tehuecos, Zuaques and Ahomes. Jesuit priests who arrived during the next century converted much of the indigenous population to Roman Catholicism and the Spanish culture. However, clashes between the Spanish and the Yaquí and other tribes continued throughout the 17th century.

Recent History
During the early 1800s, Sonora enthusiastically supported Mexico’s independence movement, although many landowners were more concerned about protecting their land from local Indians. The territory that was to become Sonora and Sinaloa was incorporated into independent Mexico as a single constituent state, Sonora y Sinaloa, under the Constitution of 1824. In September 1830, that state was divided and became modern Sonora and Sinaloa. Mexican politics became chaotic during the latter part of the 19th century, and Sonora was for a time caught in the middle. Political instability and U.S. expansionist policies led to war between the two countries in 1846; Sonora was occupied by foreign troops in 1847. The Treaty of Hidalgo brought an end to the Mexican-American war in 1848, and Sonora was again a free state.

During the closing years of the 19th century, the Yaqui and Mayo Indians in Sonora began to protest mistreatment and marginalization by the government, demanding autonomy and equal rights. Irritated by their demands, President Porfirio Díaz initiated a war against the groups, killing thousands and deporting many others. The few Yaquis that remained in the region were protected by ranch owners.

When the Mexican Revolution began in November 1910, many Sonorans–including the remaining Yaquis and Mayos–rose up against and helped overthrow the dictatorial Díaz. With his defeat, many displaced Indians returned to Sonora.

Sonora has a diverse economy with many maquiladoras (assembly plants) for the production of goods that support such companies as Ford and Sara Lee. Others make electrical appliances, computer circuits and vacuum cleaners for foreign and domestic markets.

General service-based companies and trade activities together account for about 19 percent of Sonora’s economy, followed by manufacturing at 18 percent, finance and insurance at 15 percent, agriculture and livestock at 15 percent, transportation and communications at 9 percent, construction at 3 percent and mining at 2 percent. Because its economy relies mostly on cattle ranching and agriculture, Sonora has vast stretches of unpopulated desert areas.

Natural Reserves
Just offshore from Punta Chueca, Sonora, sprawls Isla Tiburón, Mexico’s largest island. Uninhabited by humans, the island was made a nature reserve in 1963 by President López Mateos and has the largest diversity of plant and animal species in the Gulf of California. The island is home to a large variety of resident and migratory bird species as well as desert big horn sheep and bura deer. A large variety of reptiles and desert turtles are among the protected species.

Another natural site in Sonora is the creek of Cuchujaqui. An ecological reserve, the creek is one of the most important subtropical areas in the Northern Hemisphere. Due to its location, Cuchujaqui draws hundreds of migratory birds each year and is the subject of international study and interest.

Missions Route
The Missions Route attracts thousands of travelers each year. Visitors can follow the same trails traveled by Father Eusebio Francisco Kino, the Catholic priest who established Sonora’s first missions in 1687.Taking at least three days to complete, the Missions Route leads through the desert where most of the original missions were built. A 19th-century mission, Tabutama, was established practically in the middle of the desert.